Miramar is the 2nd playable map for BATTLEGROUNDS. Initially slated to be a 4x4 km map,[1] Miramar is a 8x8km city-centric map with an open desert plain and rural areas.

Development on this map began in July 2017, PUBG Corp used the official release update (1.0 update) to test Miramar in 3 rounds of testing phases. It later became available later that year on the 12th of December for PC (launch of 1.0) and 24th of May, 2018 for Xbox One [2].

Miramar offers unique terrain and dense urban areas. With an island to the south east home to a prison and smaller villages, the entire area is cut off from the west and north-east by enormous canyons and mountains, with a looming metal wall to the north keeping outsiders out, and players in. Miramar will create a new Battle Royale experience where the old strategies from Erangel may no longer work and new tactics are required.

Miramar is a city-centric map based in Mexico. 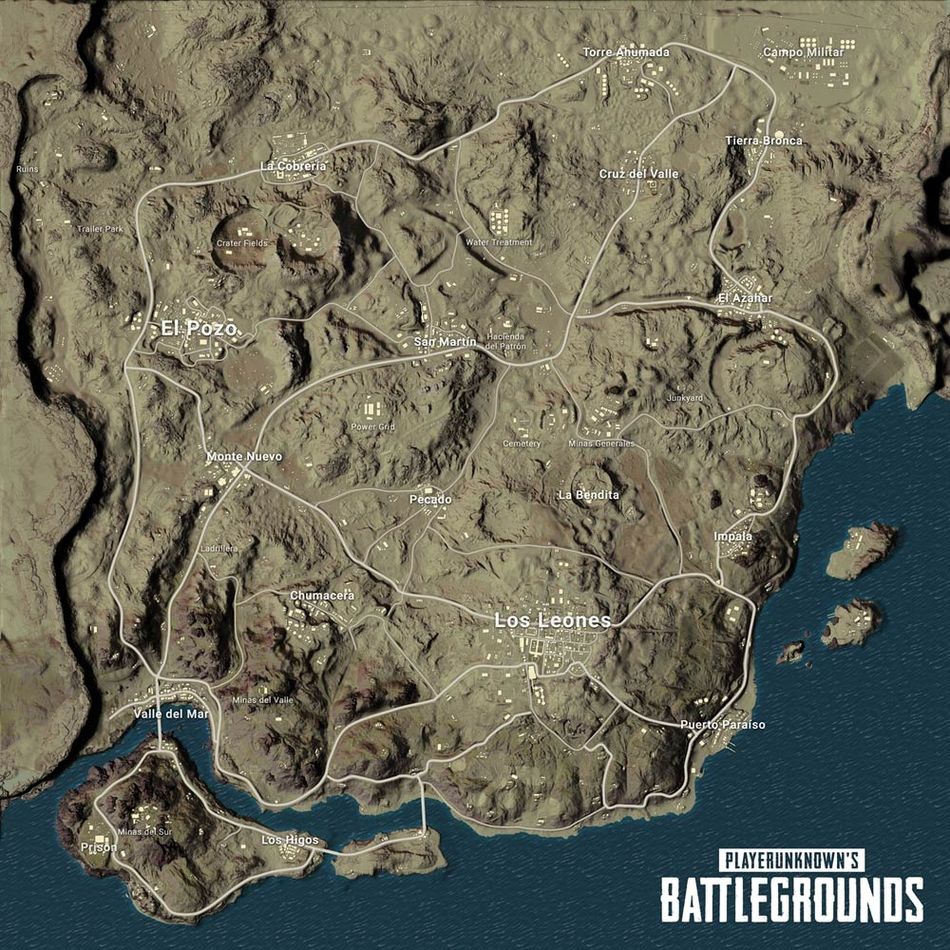 Map Miramar has this type of weather;