Looking for more in-depth team info of the players of this event? You can find that page at PUBG eSports.

IEM Oakland - PUBG Invitational 2017 was an event in BATTLEGROUNDS presented by Intel and ESL.

PUBG will be making its way to the Intel Extreme Masters Oakland 2017 mainstage for the IEM Oakland - PUBG Invitational! On November 18-19, 20 teams from North America and Europe will battle for their share of a $200,000 prize pool live at the Oracle Arena.

“Everyone’s been waiting for the title that will come in and be a game changer for esports and it seems like PUBG could be it,” said Michal Blicharz, Vice President Pro Gaming at ESL. “It’s different, it’s new, and it’s growing at an unprecedented rate. We’re thrilled to be giving the game its competitive debut in North America.”

“We hope this serves as another excellent opportunity to experiment with a different format,” said Changhan Kim, Chief Executive Officer of PUBG Corporation. “It is essential that we gain experience from events like Gamescom PUBG Invitational and Intel Extreme Masters Oakland in order to take the right steps in the future.”

This past August, ESL and Bluehole combined forces to present the Gamescom PUBG Invitational, the first offline invitational for the game. PUBG’s debut at IEM Oakland will be the second tournament in partnership with Bluehole and ESL and a thrilling continuation of competitive PUBG.

IEM Oakland will take place from November 18 - 19, where spectators can watch two days of top-tier PUBG players from 12 invited and 8 qualified teams fight for their share of the $200,000 prize pool. Tickets for IEM Oakland are available now, be sure to check out iem.gg/oaklandtickets for more information about the types of tickets available.

Intel Extreme Masters is the longest running global pro gaming tour in the world. Started in 2006 by ESL, the competition features the world's best gamers in multiple esport titles. With IEM having over a decade of history, it is considered one of the most prestigious and traditional events in the world.

Each region will feature a maximum of 320 team qualifier. 160 teams will be restricted by their MMR (Matchmaking rating) while the other 160 will be open on a first come first served basis. 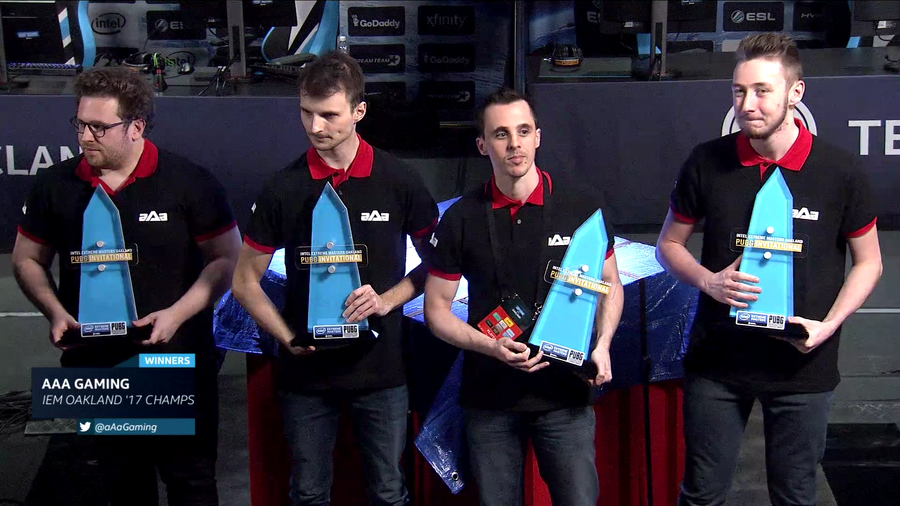