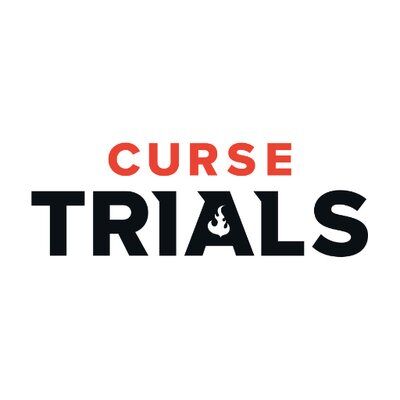 Curse Trials (June - July 2017) was an event that took place in the BATTLEGROUNDS community presented by Curse.

Curse, Alienware, and Twitch Prime are happy to bring you the Curse Trials, a monthly competitive community event pitting some of the greatest players on Twitch against qualified challengers in a week of online play. All event information is available at www.cursetrials.com.

Scoring is determined by the following rubric:

Go to www.cursetrials.com and click “Sign Up”, enter the emails and PUBG user IDs of yourself and your duo partner. After we’ve finalized our Trials teamlist we will email players with their Trials Group. Only player names that have been recorded during sign ups will be allowed into the lobby! Any players that enter lobbies at any point that aren’t on our list will be banned from future events and their PUBG user ID reported to the appropriate authorities!

Please note that non-English usernames and emails will be sorted out of responses.

The Trials phase is the qualifier to reach the Qualifier. Over five days we will host five total custom matches, starting at 7pm EST every day. These matches are played offstream, the rules are simple: the 10 top teams from each match move on to the Saturday Qualifier.

The Qualifier decides who moves on to the Final to compete against our honorable Twitch invitees. 5 Matches are played, points are awarded based on placement and for every kill your team secures. Our full point structure system is outlined at www.cursetrials.com. These matches are played onstream, to advance you must be in the top 40 teams (based off of total points) after all 5 matches are played.

The Final is the conclusion of the Curse Trials, 40 teams from the Qualifier will compete with 5-10 teams of elite Twitch influencers. 5 Matches are played, points are awarded based on placement and for every kill your team secures. Our full point structure system is outlined at www.cursetrials.com. These matches are played onstream, the top 5 teams (based off of total points) after all 5 matches are played are awarded Exclusive Curse Trials prize crates, with the #1 team earning the coveted and hand-crafted Curse Trials Trophy to commemorate their victory.

Curious about next steps after you've signed up? Curse will contact you via the email you submitted during registration with information on your Trials group, report time, and other details!