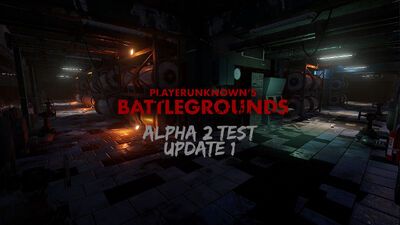 Before I start, I would like to thank you all once again for your help testing our second alpha build last weekend! We were very happy with how the test went and are addressing standout issues before this coming weekend’s test.

EU servers will come online 4 hours earlier to make up for the downtime last weekend. EU servers will be online at 1PM CET on both Saturday & Sunday.

We will be opening the servers on Thursday from 8PM-12AM PST for a short stress test of the new build before going live this weekend. During this stress test we would like you to help us confirm if two of the issues below have been resolved. These issues are the leaderboard statistics and the sound bug causing remote sounds to be played locally. If you find that there are still bugs with both of these areas, please report them on the forums!

You can see the full set of patch notes at the end of this post, but here is an overview of some of things we’ve fixed:

After a lot of investigation by the engineering & QA teams, we have found that this is due the amount of memory we specified in our minimum system requirements. Due to this, we need to increase the minimum memory required from 8GB to 16GB. We understand that this may exclude some of you from participating in the test, and for this we apologize. We will do our best to try reduce the minimum memory requirements before the end of this round of alpha testing, but we cannot guarantee this at the moment.

We have made a lot of improvements to this system for testing this weekend. We have both reduced the time and magnitude of flinching. Also, when you have a vest equipped, the effects of the aim punch will be reduced further.

Due to a bug in the code, the bullet travel tick rate was set to 10 Hz. We have updated this to now run at 60 Hz. This will mean hit registration will work as we first intended (at both close and long range).

We had an issue with stats being pushed to the client last weekend, and other issues on our servers causing some of the data to be lost. We believe we have fixed these issues and most of your statistics should display when you are in-game over the weekend. We need to confirm this in the stress test on Thursday!

As some of you experienced, sometimes you would hear a remote sound played locally for your character eg. gunshots when no player was near you. We believe we have fixed the issue that caused this bug, but please report it if it is still occurring.

We hope you’re having fun and value your feedback. Please report any bugs or things you’d like to see to our forums at: http://forums.playbattlegrounds.com 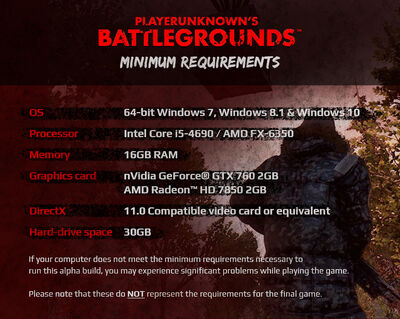 With this patch, data that was not displayed in player statistics during last week’s playtest is now expected to be displayed correctly. However, some data may have been lost due to issues on the server side. We ask for your understanding.